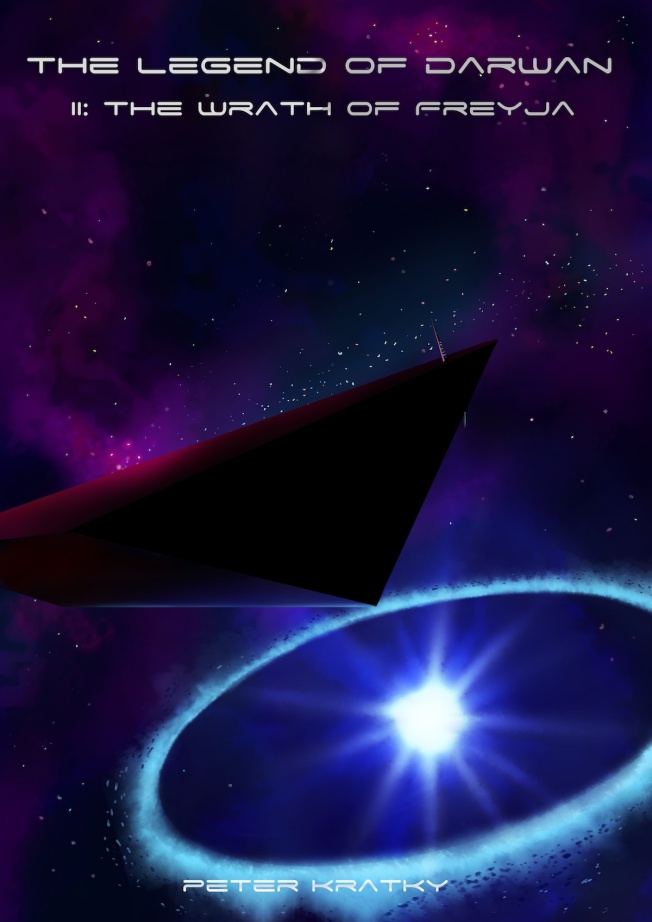 “Shall we dance?” Helen asked smilingly and reaching forward to take Kim’s hand.
“Ma’am, you don’t want to wear yourself out.”
“What do you say? I’m young, and I feel like dancing. And you certainly dance very well.”
“I am versed in more than one thousand five hundred and fifty dance forms from the 17th to the 22nd centuries.”
“So let’s go. Computer! Computer! Put on something light; Sheryl Crow!”
“You’re always listening to that singer,» Kim said softly as he grabbed Helen by the waist and they began to turn slowly. She put her face on Kim’s shoulder. She felt the warmth of the living tissue behind the android’s synthetic clothing.
“It’s true, it relaxes me to hear her. I’m a little obsessed maybe with her music. But I don’t care. I wish I could listen to it all the time.”

Helen and Kim danced for a few minutes. She remembered a boyfriend she had when she was eighteen with whom she had danced several times. She remembered how she was afraid to be with him, and how he betrayed her. Suddenly, she felt uncomfortable, and tired, until she lay down on an armchair.

“I have to do some sport. This body that the LauKlars have regenerated can’t take anything.”
“It’s not that, ma’am. It’s your exhaustion, remember. Your mind. And your memories.”
“I know, but I have a right to have fun once in a while. And I can only dance with you, Kim. Don’t take this the wrong way, I loved dancing with you, and I want to repeat it. But I can’t do it with anyone else, because of this nonsense of giving the image of a hard and warlike woman…”
“And an unwelcome memory that hurts you.”
“That too.”
“In any case, it would not be appropriate to give an image of weakness.”
“But I’d look human.”
“You shouldn’t look too human now, ma’am. We are at war.”
“It may not be so hard for you,» answered Helen. “But for me it is a blessing to have you. Without you I would have gone crazy long ago, in the Past Age, when we started our fight and lost.”
“We didn’t lose, ma’am. If we had lost, we wouldn’t be here. It was the lady who made it possible. A lot of people owe you their lives, ma’am. At least, the new life they could never have imagined on Earth.”

Helen smiled again. Even Kim was surprised to see something like that.
“You had a lot to do with it, Kim. Without your collaboration, we would never have been able to save the situation, and today we would be a memory in the history of the Galaxy and the universe.“

Then Helen transformed. Once again, the Past Age, the LauKlars, the tortures and humiliations, and above all, the pain, filled her mind again. For a moment she was just Helen. But after that moment of peace, she became Freyja again. She stood up and nodded:

“And now, with our restored power, we will make every being, every world, every molecule of this galaxy tremble with terror. We will subdue that species that defeated us, and we will plant the seed of humanity in every corner of every habitable planet, from one side of the galactic map to the other. The Galaxy will be human, or it won’t be.”

Kim placed the mantle and cloak on Helen’s shoulders, now Freyja again, and the staff of command which was the key to the control of all human ships, and the symbol of the power of the human species. And, again, that fragile woman disappeared, and the Goddess resurfaced. There would be no peace in the Galaxy until the last of the borders planned by her were reached. And she would see to it that the name of the human species would be remembered, for millennia, with fear and reverence. It was either that or accept total failure. And failure would never be an option.

Amateur writer, I like aviation, movies, beer, and a good talk about anything that concerns the human being. Lee todas las entradas de Fenrir